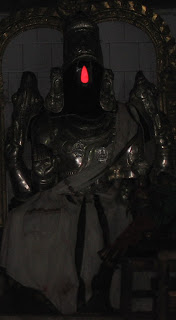 Located 11kms from Tiruttani on the Nagalapuram highway is the over 1000years old Vaikunta Vasa Perumal temple in Nemili, a temple that dates back to the early 10th Century AD and to the rule of Aparajitha Varma Pallava, the last of the Pallava rulers. He also installed a Utsava deity who is now called by his name ‘Aparajitha’ and for whom there is daily Thirumanjanam. Parikara Sthalam for Unmarried and Childless and for liberation from Rahu-Kethu Dosham

Moolavar Vaikunta Vasa Perumal is seen in a Grand sitting posture alongside Sri and Bhoo Devi with Paddy in his hand.

The Name
In Centuries gone by, the place was called Thiru ‘Nel’ Malai which in course of time became Nemili. Inscriptions at the temple indicate that this temple was referred to as the Perumal temple at Nenamali.

The Utsava deity Nithya Kalyana Perumal is seen with flowers and a bracelet.

The story goes that the Lord in a sitting posture blocked with his back the Eri that had broken open, thus preventing the village from being submerged. Hence, the Moolavar Lord is also referred to as Eri Kaatha Vaikunta Vasa Perumal.

Ramanuja’s Visit
It is believed that Ramanuja visited this temple and stayed here on his way from Sriperumbudur to Tirupathi. Hence, this is also said to be an Abhimana Sthalam. 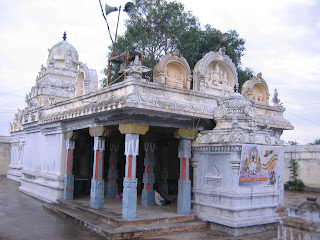 Speciality at the temple

Parikara Sthalam for Rahu-Kethu Dosham
Parikara Sthalam for Unmarried and the childless-
The unmarried can bring 2 flower garlands and place one on the Utsava deity Nithya Kalyana Perumal. Sincere prayers are said to be answered within three months of placing the garland around the Lord.
Rohini Star is a special day at this temple every month

The temple which is under the administration of Tiruttani HR & CE is planning for a Raja Gopuram to be built. 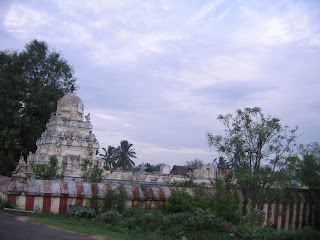 Auto to and fro from Tiruttani bus stand/ railway station will cost Rs. 250/-